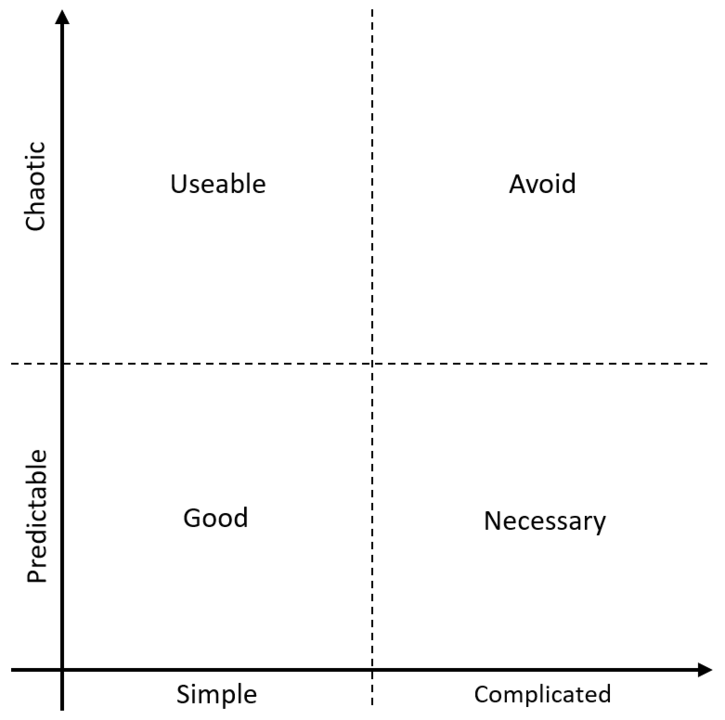 I created a model that illustrates both phenomena, because they need to be dealt with in different ways.

A function that randomly outputs 1’s and 0’s is:

If the function breaks (it’s not random anymore), then it easy to fix, because it is simple.

A chat bot is:

If the chat bot breaks (its not giving the expected answers), then it is almost impossible to fix it, because it is so complex. An example of this is Tay, the Microsoft chat bot that became racist.

Predictability can be measured and controlled with functional- and operational-testing.

Complexity can be measured and controlled with developmental-testing. This is a key factor in the development of AI and ML.

To put it short: