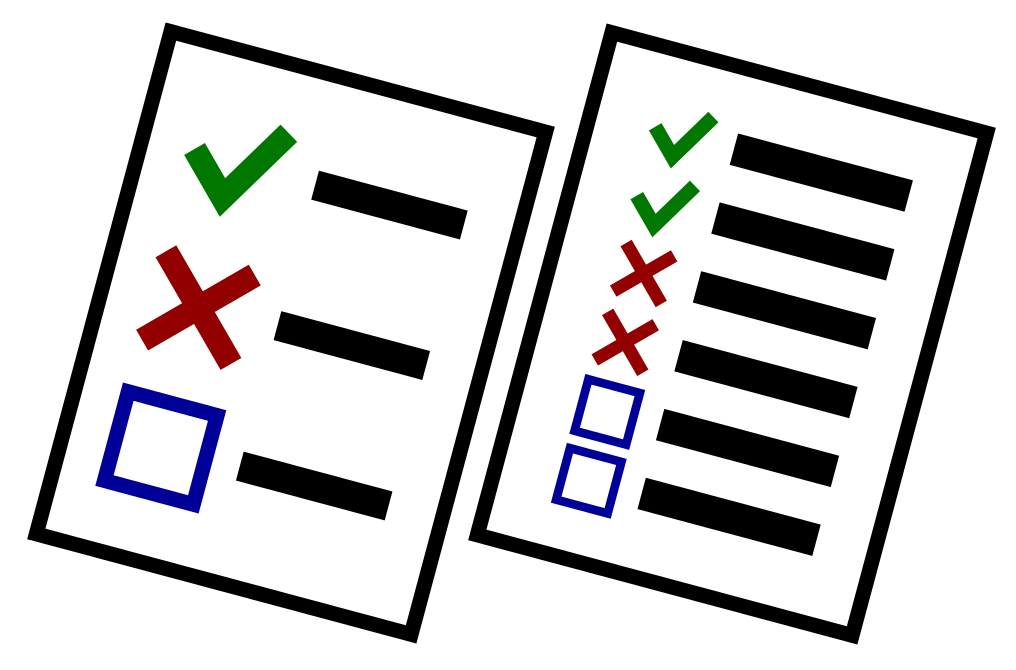 A specification written by the customer – often ends as incomplete, fragmented and with parts that contradict each other – makes it difficult to build for the engineers.

A specification written by the engineer – often ends with a focus on details than on needs, and to difficult for the business to read/understand.

Lego and IKEA have some of the best manuals/documentation, because they write them as test cases using “Given, When, Then”, mentioned in Write better documentation with testing

A specification is almost the same, but with a different focus:

We think of specification and documentation as two different groups of documents, but they can technically be the same documents – if they are written as test cases.

Focus on needs than details

It is easy to forget the needs when the attention is on the details (read my 10 facts about details). In testing, there is something called a logical and physical test case, to split the design from the implementation.

A physical test case describes all the operational steps (given, when, then) to complete the test:

The test case drowns in the operational details, and it becomes difficult to read, what the test case is actually testing.

A logical test case describes the business behavior (given, when, then) to only focus on what the test is about, and not on the implementation itself:

The logical test case describes the business rules (behavior), is easy to understand, and can be reused whenever a new version of the product needs to be implemented.

Logical test cases make it easier for the customer and supplier to understand each other.

We all know the situation when a developer and a customer agree verbally on something, and it gets implemented. Nobody wrote it down, so it will never end up in the specification and never in the documentation.

In Behavior Driven Development (BDD), the logical test case is written before the implementation. It might seem counter-intuitive, for how can we test something that doesn’t exist?

Logical test cases are our assumption of what the product should do, and can be used to measure the status of the implementation, and later be used as documentation.

Sometimes two business processes can contradict each other and nobody will notice.

A specification written with test cases is executable and can catch contradictions in business processes.

Missed or misunderstood business behaviors can always be added or updated on a later stage as a change request.

The specification will not be complete to begin with, but will become more and more complete over time.

It can later be used as documentation and reused as a specification when a new version of the product needs to be implemented. 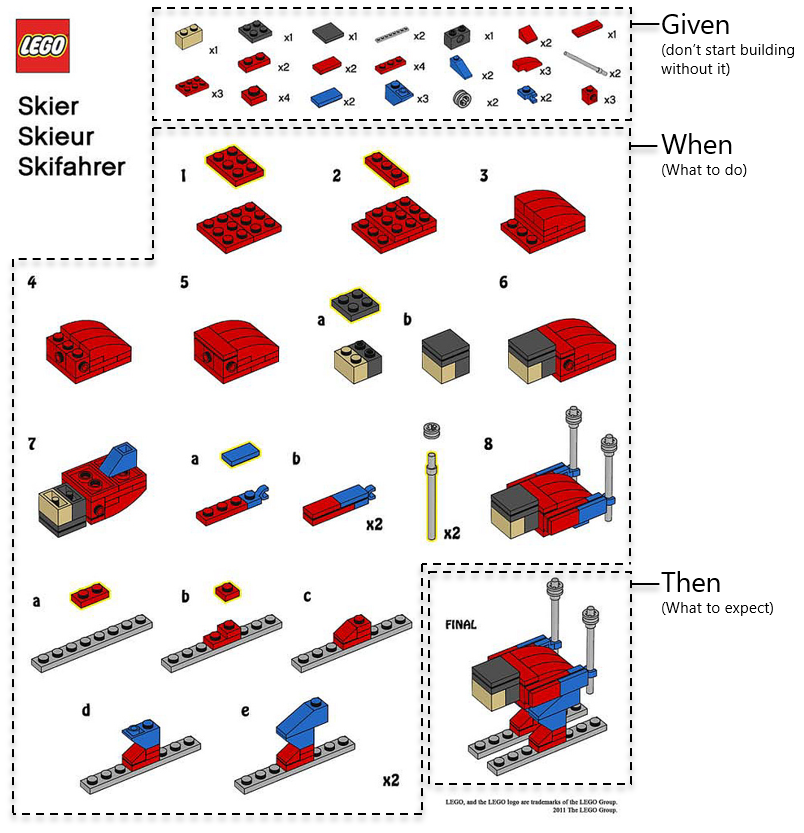 Documentation is “How a product is expected to be used” and needs to be accurate, understandable, and up-to-date.

Lego and IKEA have some of the best manuals / documentation, because they write them as test cases using “Given, When, Then”:

Given – don’t start building without these elements.
When – what actions you are required to do (and in what order)
Then – what you should expect of the end result.

Documentation written this way is easy to understand.

“Given, When, Then” is a test case to describe product behavior (read: Definition of a test case)

A good test case describes only a single product behavior, which makes it accurate. A bad test case will describe multiple behaviors at once and be confusing.

A set of good test cases is called a test suite, and will describe a set of behaviors called a feature.

Documentation written this way is accurate.

Given the product has changed. When the test cases and pass, then the documentation is up-to-date:

Documentation written this way
is called “Living Documentation”,
because it is always up-to-date.